About eight years ago, I read Twilight for the first time. Not long after that, I found the newborn Lexicon and jumped in headfirst. I discovered fanfiction, created an account on fanfiction.net (which has since been deleted because I forgot to log in for a couple of years), and started writing. Some of you may remember me from those years. I wrote three novel-length fanfictions (a gender-swapped version of Twilight and its sequel plus a version of Jasper's backstory) and one short story (from Angela's POV). The fun I had writing these works and the enthusiastic response I got from a lot of you guys inspired me to make the leap into writing my own novel. So I did! And it didn't ever get published.

Eight years later, I'm back to finally tell you that IT'S HAPPENED! A publisher bought my book and two weeks from today it will release!

My book is called Sing Sweet Nightingale and it's fantastically weird and slightly creepy. Here's what it says on the back of the book:
My first official appearance is coming up in the DC area--two in one weekend, actually!

I promised a lot of people that I would come back here and let them know when I finally published something for real, so here it is! It took a long, long, LONG time, but my debut novel is about to release. I really hope to see some of you at the events!! And please let me know if you're from the Lex!

Thank you so much for your support and love over the years, guys! It's helped me push through to finally get here. <3

OH RIGHT! The cover!!! I forgot that part: 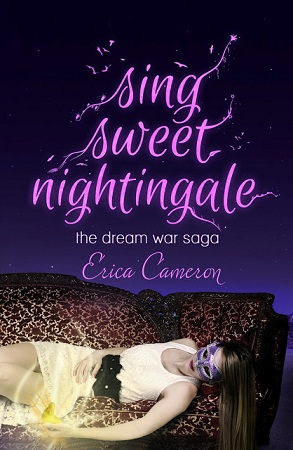 Return to “Flight to Phoenix”